Using lens compression to capture a giant moon is nothing new, but photographer Daniel López has taken things to a whole level. He set up an ultra-telephoto lens about 10 miles (16km) away from a volcano and captured this mind-blowing 2-minute video that shows a moonset in real-time.

The focal length, distance, and people on the volcano make the moon look like it’s a Death Star colliding into the Earth.

López shot the footage near Mount Teide in the Canary Islands off the coast of Africa. He used a giant telescopic lens, Canon teleconverters, and a Sony a6300 camera. 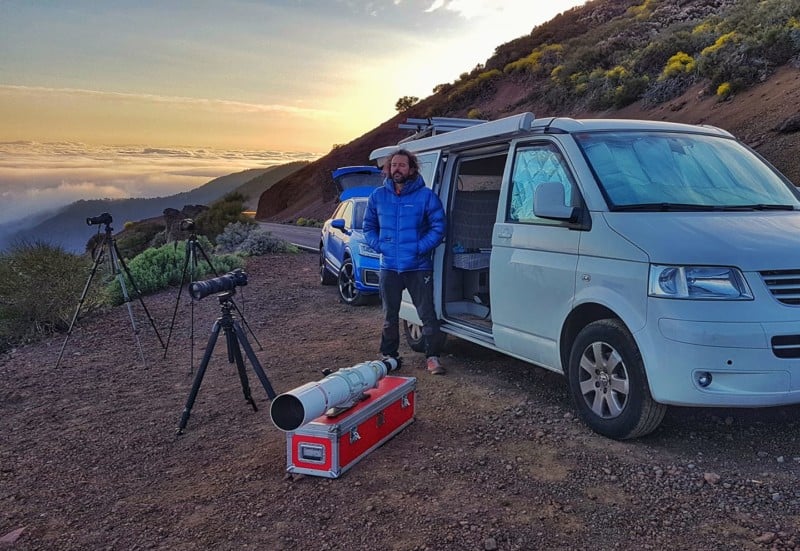 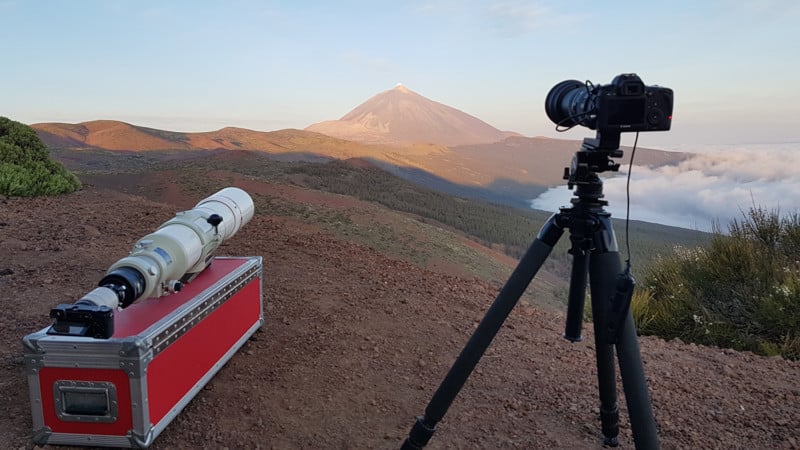 The moon’s “movement” in the video is actually due largely to Earth’s spin.

“What is moving is mostly the Earth, whose spin causes the Moon to slowly disappear behind Mount Teide,” NASA’s APOD writes. “The people pictured are 16 kilometers away and many are facing the camera because they are watching the Sun rise behind the photographer. It is not a coincidence that a full moon rises just when the Sun sets because the Sun is always on the opposite side of the sky from a full moon.”