This LEGO Kit is a Photographer’s Promo Mailer

Every year since 2010, photographer Clint Davis has put together a creative promotional mailer to send out to current and prospective clients. This year he got playful and created a custom LEGO kit promo mailer.

“Considering many of the people I do business with are extremely busy and surrounded by some of the most creative and innovative people in the world, this is my trojan horse,’ Davis writes.

After some brainstorming, Davis had the idea of doing a LEGO mailer. And since he’s a commercial and editorial automotive photographer, the LEGO kit would have a car theme.

Davis was happy to find that he could purchase LEGO Creator Red Racer kits for $3 each (they’re more expensive now), so he bought a huge pile of them. 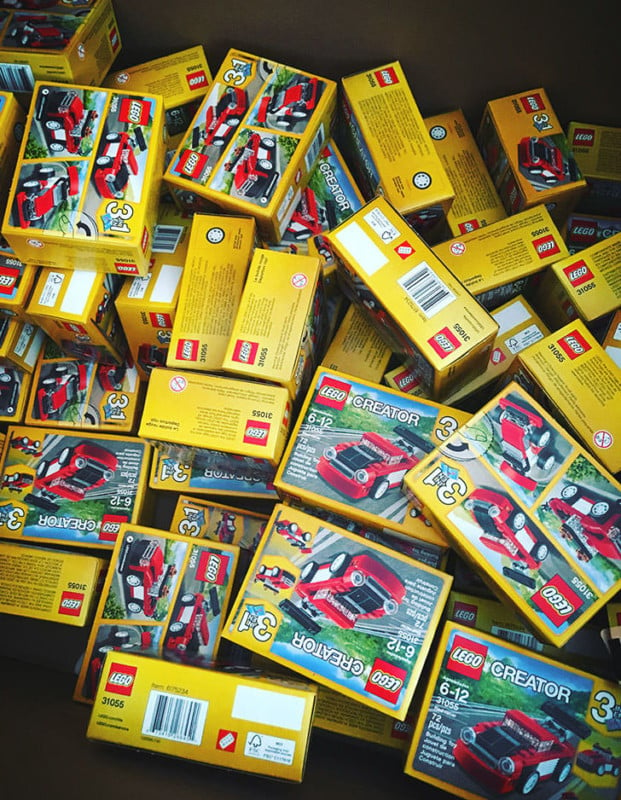 Davis then built upon the kit by adding personal touches with the same LEGO style. He created a LEGO-style Fold Factory 5×7-inch fold-out print that goes from showing a desert scene with his name to showing an overhead car photo. Davis cut open each LEGO box, carefully inserted a set of 3 prints, and then resealed the boxes to make them appear untouched. 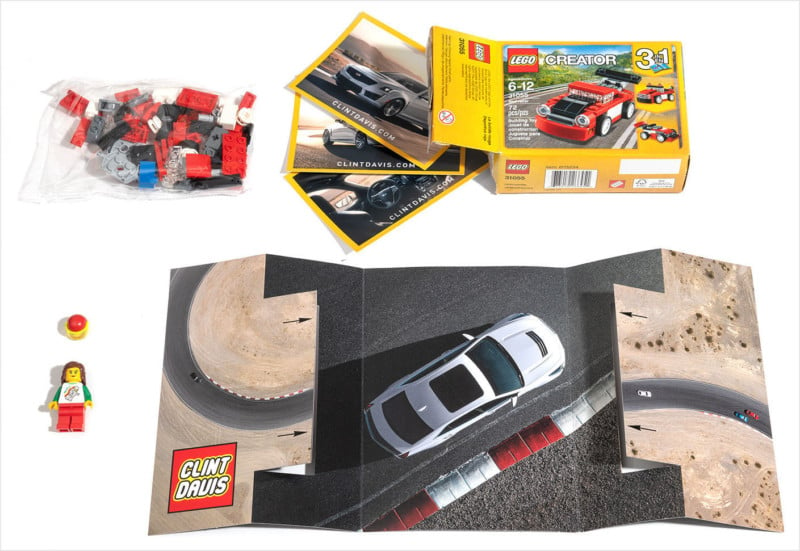 Alongside each modified LEGO kit is a custom foam insert with a personalized LEGO figure. Davis actually bought a wide range of LEGO figures and then reassembled them into custom figurines targeting each recipient.

“I try to match the person’s personality to the LEGO figure,” Davis says. 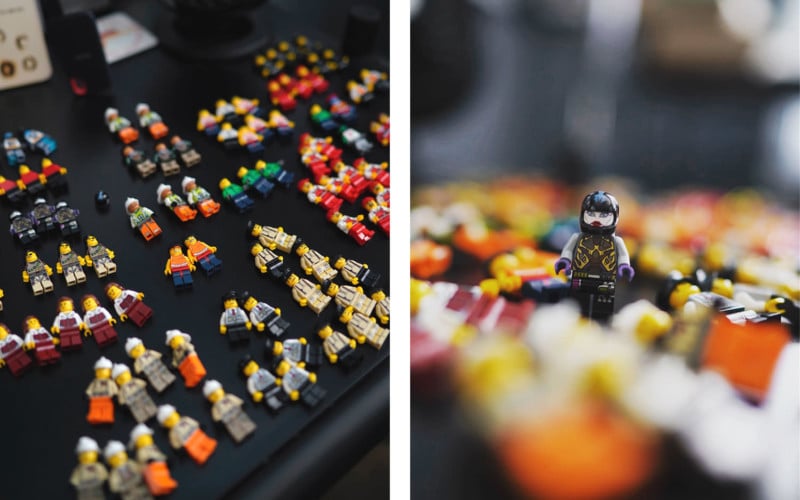 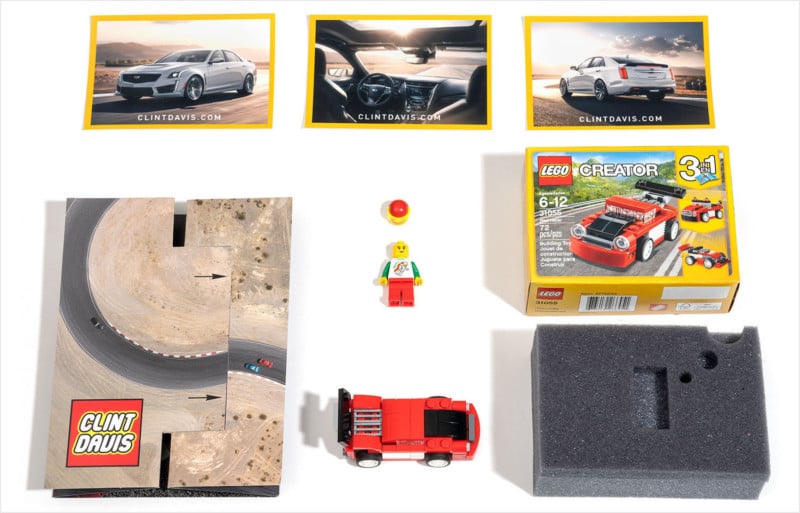 Finally, Davis neatly packed everything into small cardboard boxes (custom stamped with the words “Pull Here” on the top and “Take a LEGO Break” on the inside), inserted a handwritten note into each one, and voila! The LEGO promo mailers were done. 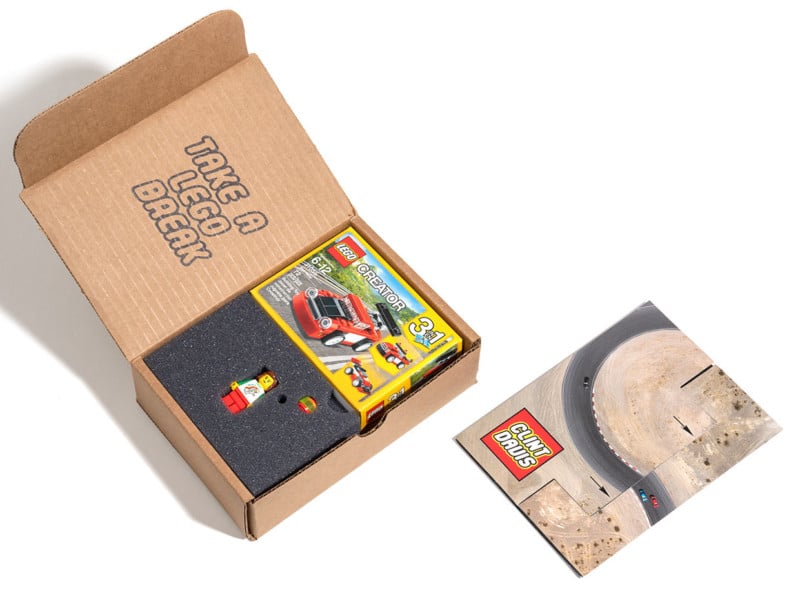 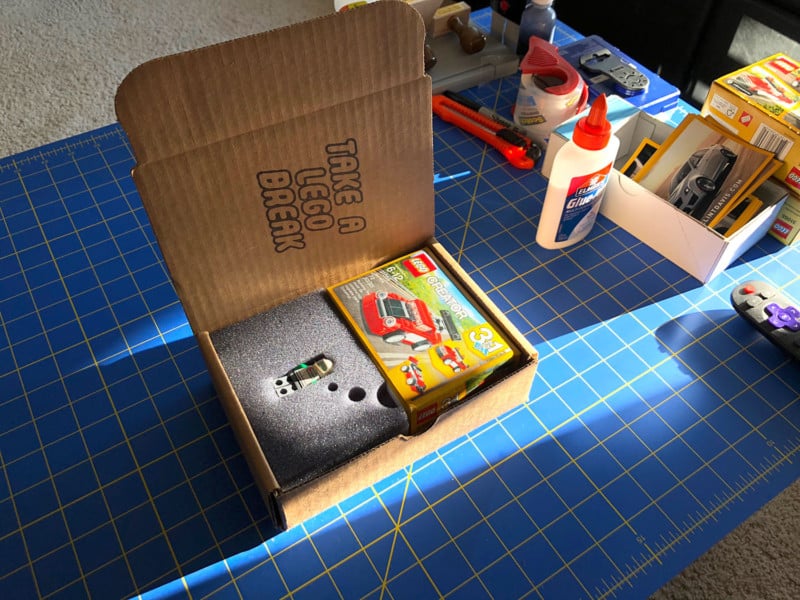 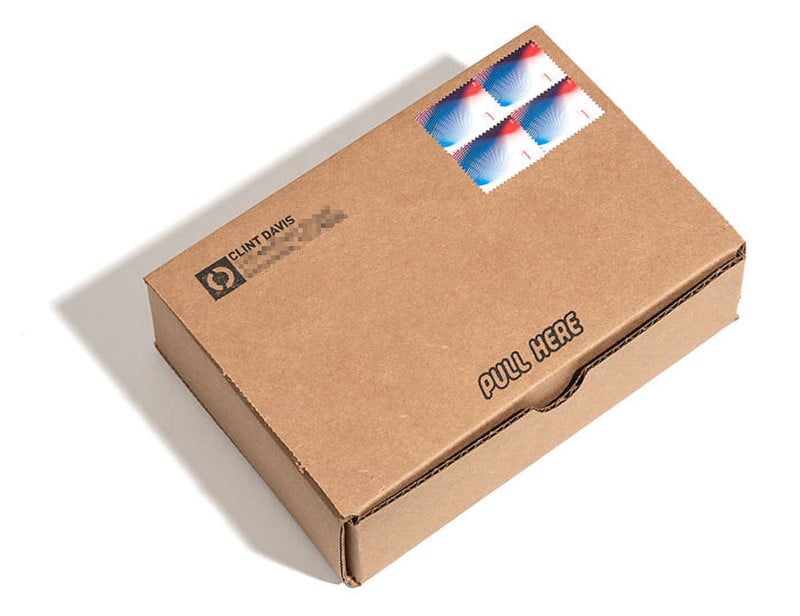 “I try to incorporate a keepsake within each year’s promo, and I think the 3-in-1 LEGO car and unique LEGO figure are perfect,” Davis says.

In all, he estimates that he spent about $1,200 creating and sending out the roughly 70 LEGO mailers.