Two Focal Lengths Every Prime Lover Should Own

In the world of photography, you’ll find people generally prefer primes or zooms. The main benefit to zoom lenses is that you can cover multiple focal lengths in one decent sized package. In saying this, there are some prime lenses that can work well for multiple purposes. Two of these are the 35mm and 85mm primes.

Now just to be clear, like any article this doesn’t apply to all people. With the genres I shoot, these two lenses can cover so many uses and really prove their worth. And regardless of which mount you own, there are great options at both 35mm and 85mm from both first and third party manufacturers.

I actually feel these lenses have the same benefits, and I will discuss why I think you should own them.

I have to admit, 35mm is my all-time favorite focal length. If I had to own one lens, a 35mm prime would be it. 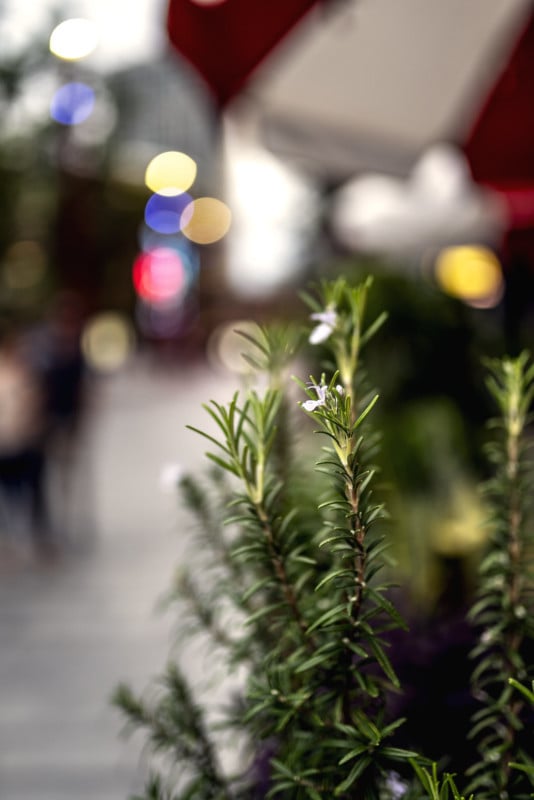 I fell in love with this focal length about 5 years ago when I got the Canon EF 35mm f/2 IS. Like many, I had started with a 50mm lens but found I was after something a bit wider. At first I was worried about selling my beloved 50mm lens, but after a short amount of use, all my fond memories quickly disappeared.

In terms of 3D pop, this is something I really love about my 35mm f/1.4. There is a certain look and characteristic to the images it creates wide open. 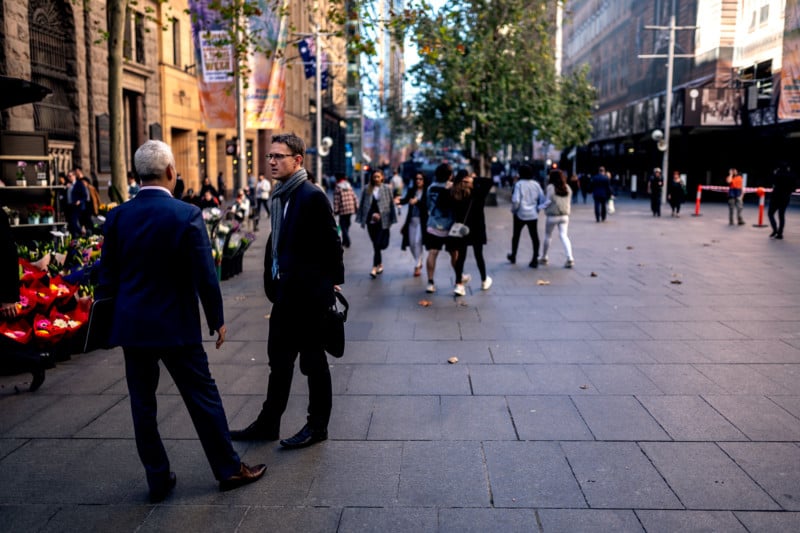 This look is also somewhat possible with a f/1.8 or f/2 lens, but the aforementioned lens definitely has the advantage. Many people associate a wider focal length like 35mm as creating more depth of field, but that isn’t necessarily the case. At large apertures, you can still get nice background separation. This makes 35mm great for everything from still life to environmental portraits. 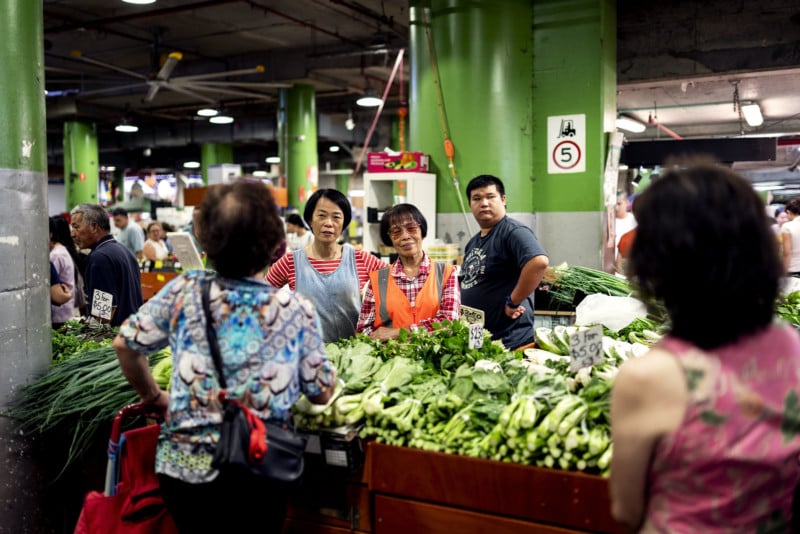 The above image gives a nice example of the depth it can provide. When shooting with longer focal lengths at wide apertures, you can completely blur the background and isolate the subject—this gives a nice look that I also enjoy, but sometimes it doesn’t give sufficient context to the environment. With a 35mm focal length, you’ll see that the subject is very sharp but the foreground and background have a soft look to them.

This gives some context to the environment they are in and what they are doing while still keeping the subject as the main focus.

As for 85mm, I know when most people hear 85mm they would think of portraits. When I hear 85mm, I think of street photography. 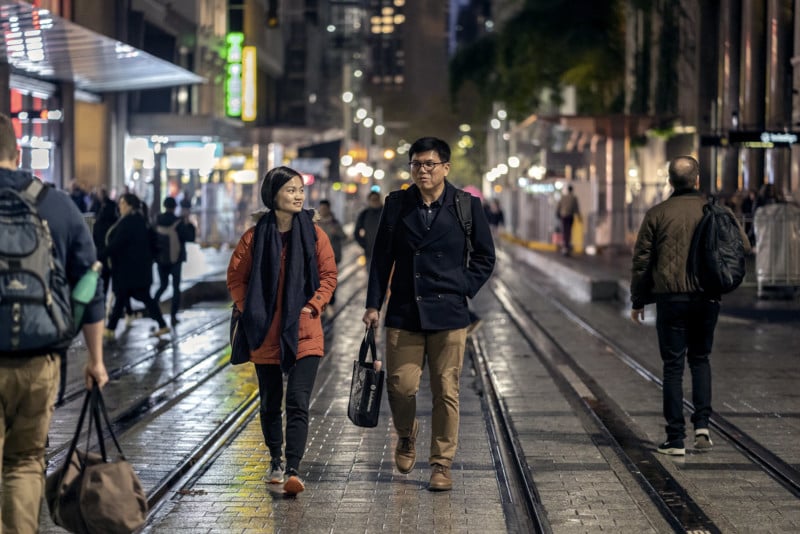 I like using 85mm for street as you can shoot wide and still get a 3D look, more so than 35mm due to the longer focal length and compression. There was a point in time that I really enjoyed a sub genre called cinematic street photography that focused on using longer focal lengths and making the images look like a still from a movie.

There was a Flickr group dedicated to these images, but it seems to have died down several years ago. 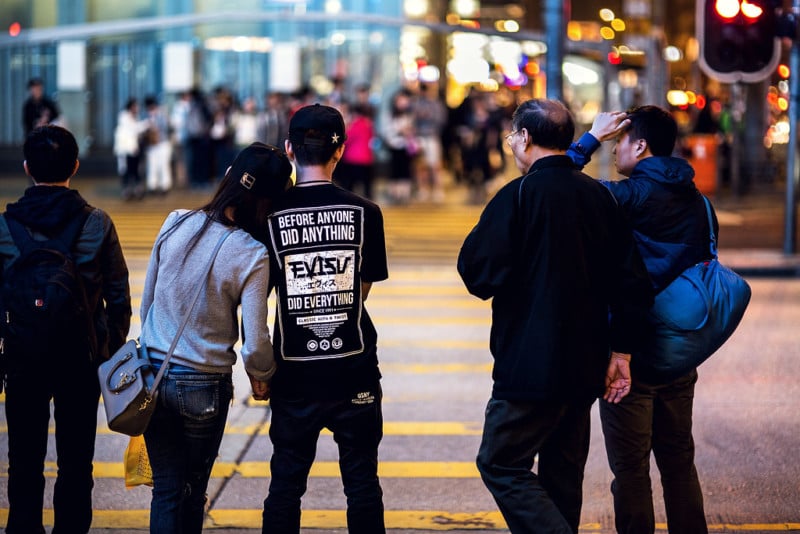 Longer focal lengths like 135mm do really well, but the 85mm focal length has an advantage in one area in particular, which I’ll discus next.

I used to find that 50mm was too tight for many of the shots I like to take. Like the photo below, I would often have to move quite a bit back to get the framing I wanted. In an outdoor situation this isn’t really a hassle, but when you’re shooting in a restaurant with people right behind you, it’s not really possible. 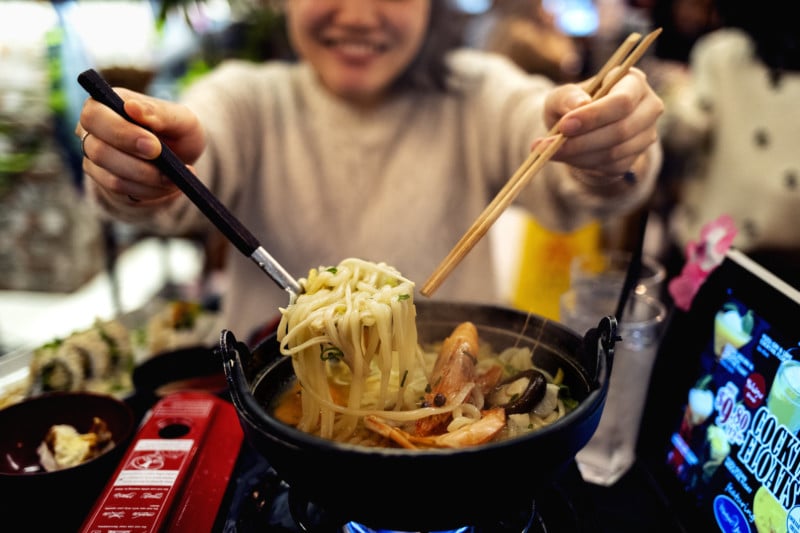 I’m definitely far from being a food photographer but I do love to eat. And since I often have my camera with me, as long as I can resist eating for more than a few mins, I’ll take a quick shot or two of my food. You’ll find that even at 35mm, you’ll need to stop down to get a wide enough depth of field. 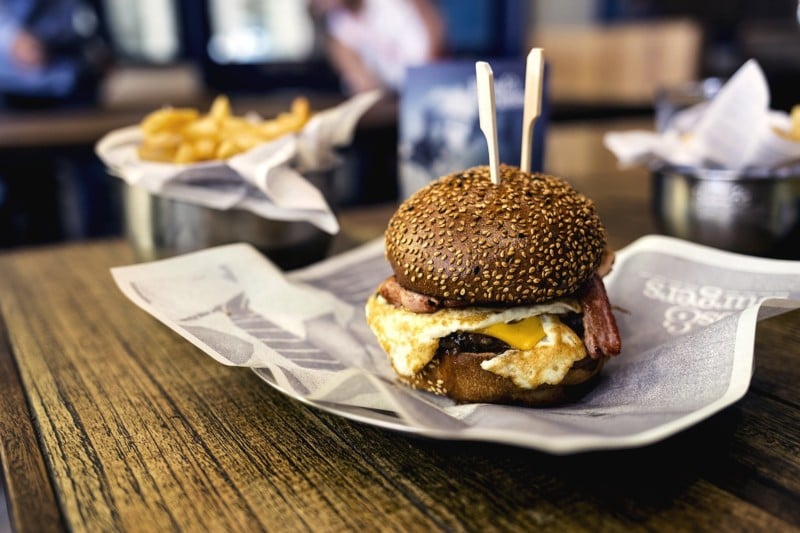 The 35mm focal length is also popular for street photography. You can get great composition without having to get up in the subjects face and ruin the moment. 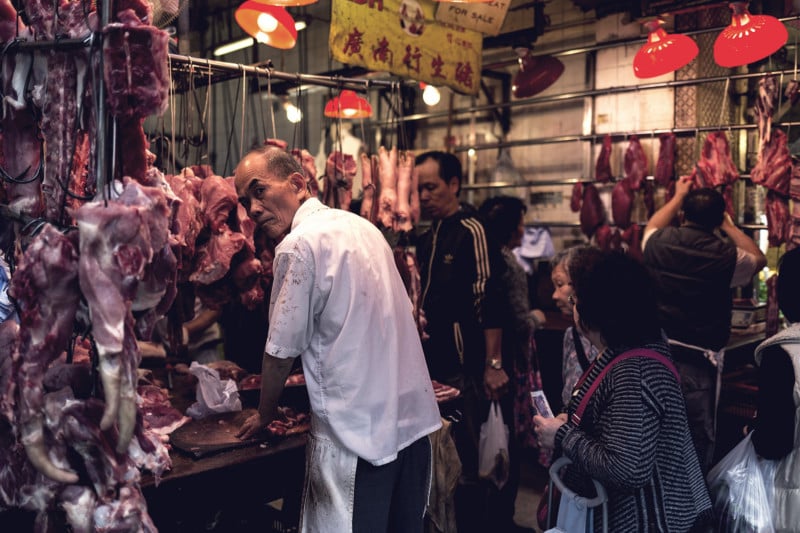 When I visited Hong Kong, I put my lens to work. The above image was a candid shot of a butcher. For anyone who’s visited Hong Kong, you know how packed the streets are. If I was shooting with a longer focal length, there would be more of a chance that people would walk in front of me and block the subject.

In regards to telephoto focal lengths, 85mm works well in this respect too. When outdoors, we have the advantage of space when composing a photo. But as I’ve mentioned several times, we often don’t have this luxury indoors. 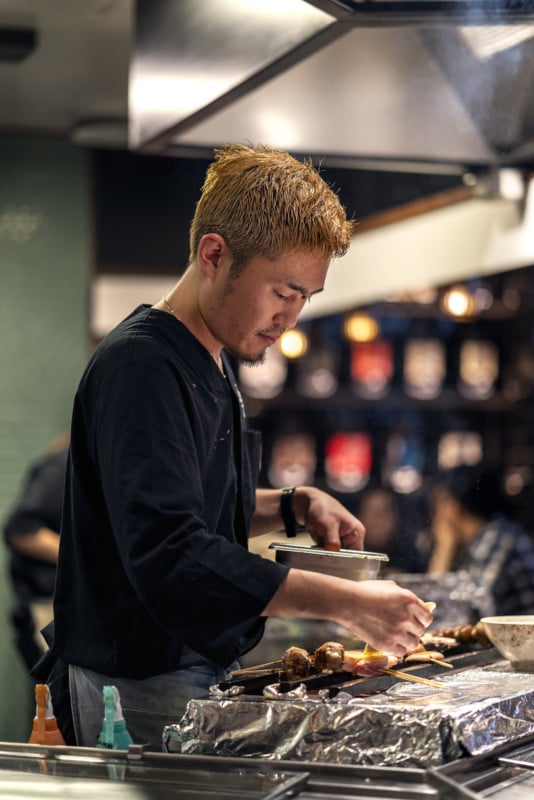 The above image was a candid shot of the chef at a restaurant here in Sydney. The framing was fairly tight and I was lucky enough to get this framing from my seat. With a longer focal length, I would have had to stand up and move (which I’m sure the staff and other diners wouldn’t have appreciated). If I was sitting further away and used a longer focal length such as 135mm, I would have had people in front of me blocking my view. 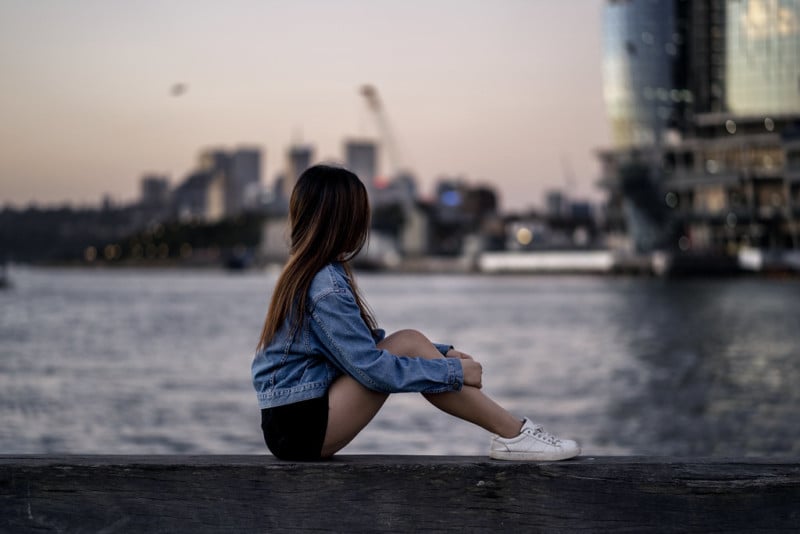 It’s not a huge deal, but when shooting half to full body portraits, you can be closer to your subject without invading their space. At longer focal lengths you may have to shout out or walk back and forth more when directing them on posing.

Of course, 35mm and 85mm lenses are quite different to each other. 35mm and 50mm are quite similar and the same could be said about 50mm and 85mm. You’re probably thinking to yourself: so if I own a 50mm prime, wouldn’t that be the best of both worlds?

Yes and no. The 35mm is wider when you need it to be and 85mm is much better for flattering for close up photos like headshots.

Both of these focal lengths allow for a wide range of uses. Most 35mm lenses have a fairly close minimum focusing distance so you can get up close to your subject.

Whether it be taking photos of some products at home or food at a restaurant, your 35mm lens will have you covered. 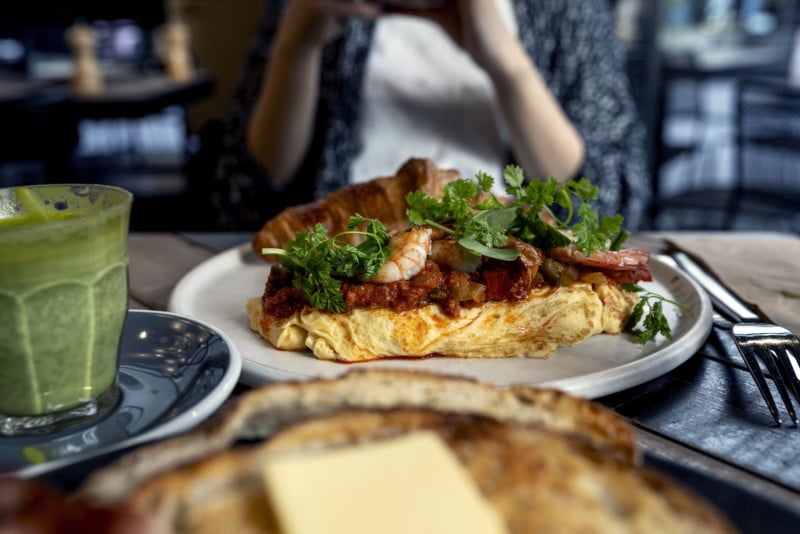 As an example, I live in a 1 bedroom studio apartment that’s not exactly cramped, but still not huge. For the shot below, I was hoping to use my 90mm lens. As it is a macro lens, it would work well for focusing really close, but the same composition wasn’t possible due to the limited space. 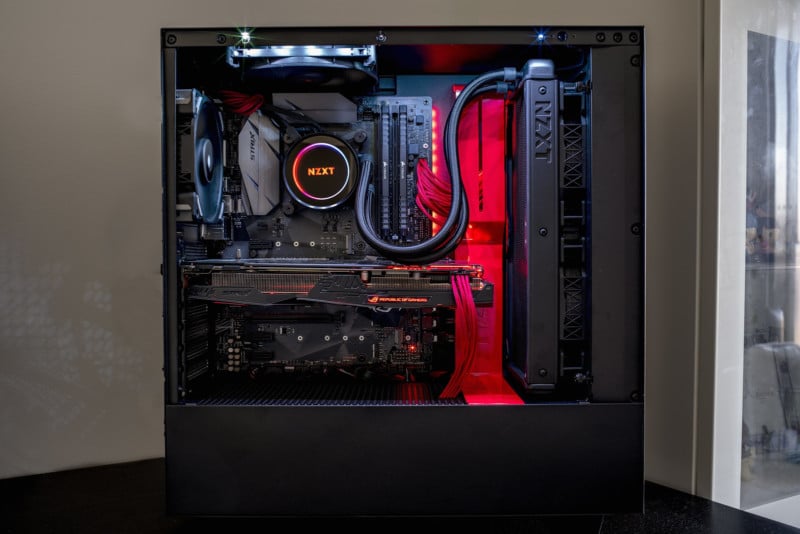 I know 35mm is considered a great focal length for street photography, which I personally enjoy shooting. I do like to experiment with my street shots and use longer focal lengths on occasion, but the majority is at 35mm. 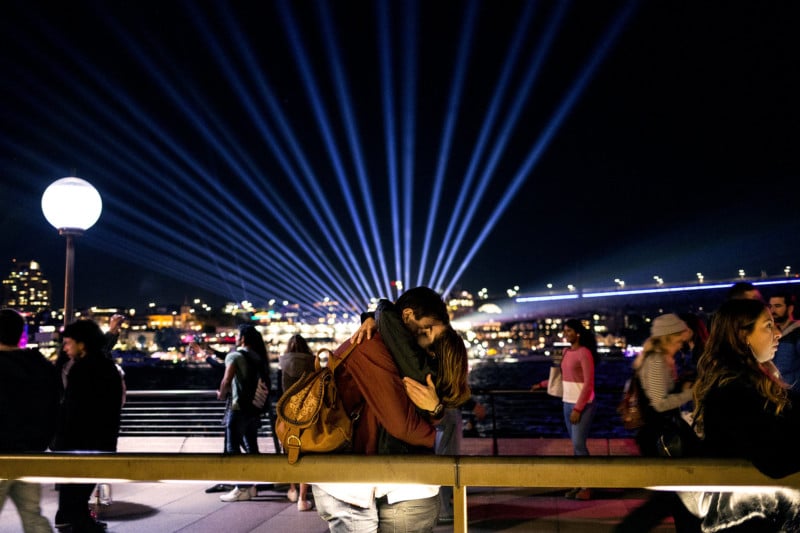 The above image was taken here in Sydney at Vivid a few years ago. Right in front of me was a stairwell and on the other side, the couple you see. I couldn’t get any closer due to the rail but I found this focal length gave me the perfect composition.

In terms of travel, bringing a 35mm lens along with you can work really well. I often found I could capture the scenes I wanted without the need of something wider. The image below is a good example. 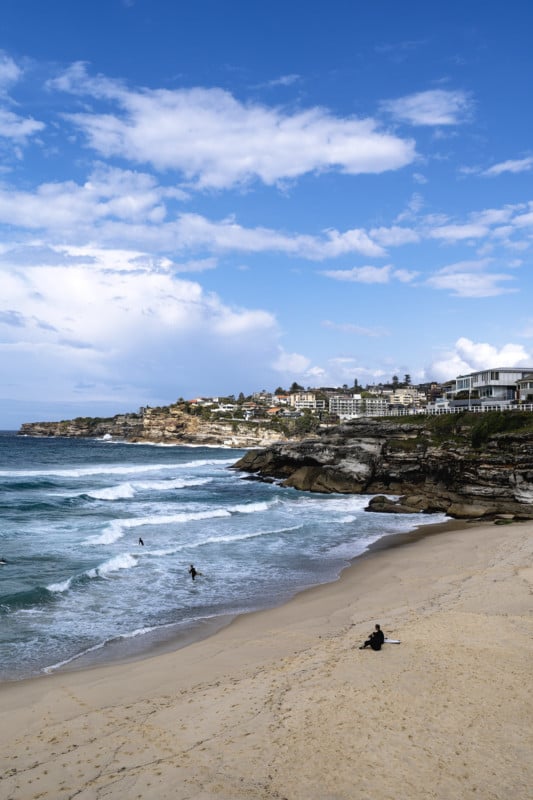 If I had something really wide like a 16-35mm and shot at the wide end, it would have captured a lot more of the scene. But I feel 35mm worked really well for this image as it allowed for enough detail in the scene to give it context and meaning. 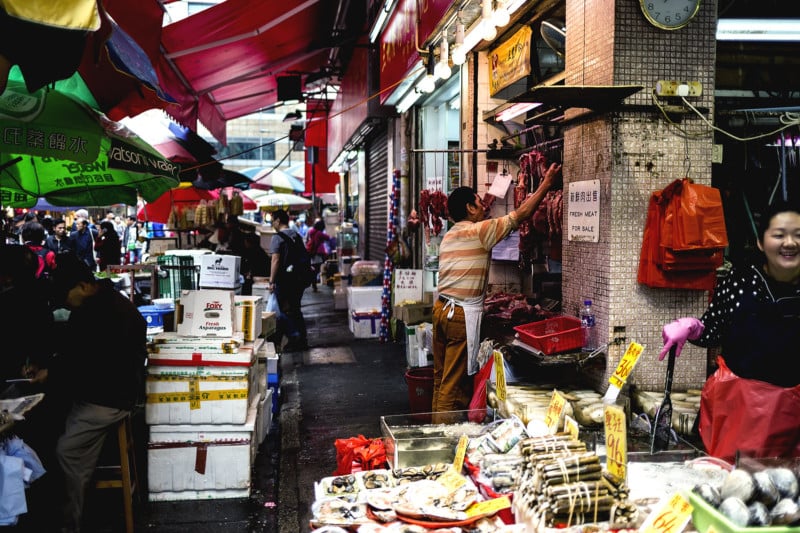 The same can be said about an 85mm lens. If you think about it, we are actually more used to using an 85mm lens for general use than we realize.

For most photographers when they start out, they get a crop sensor body and a cheap 50mm prime. Thanks to the 1.5 or 1.6 crop factor (depending on which body you have), your 50mm lens is now more like an 85mm lens. I know back when I had my Canon 550D and Canon EF 50mm f/1.8 lens, I used that lens for pretty much everything. 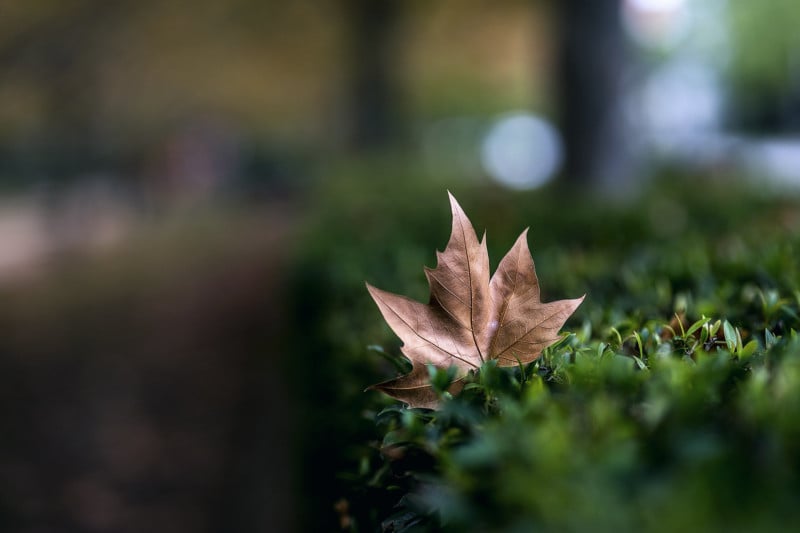 I find the 85mm focal length works really well for taking photos of nature. The beautiful bokeh it creates really compliments whatever subject you have. Speaking of bokeh, an 85mm prime can create some absolutely stunning bokeh when you have the right background. 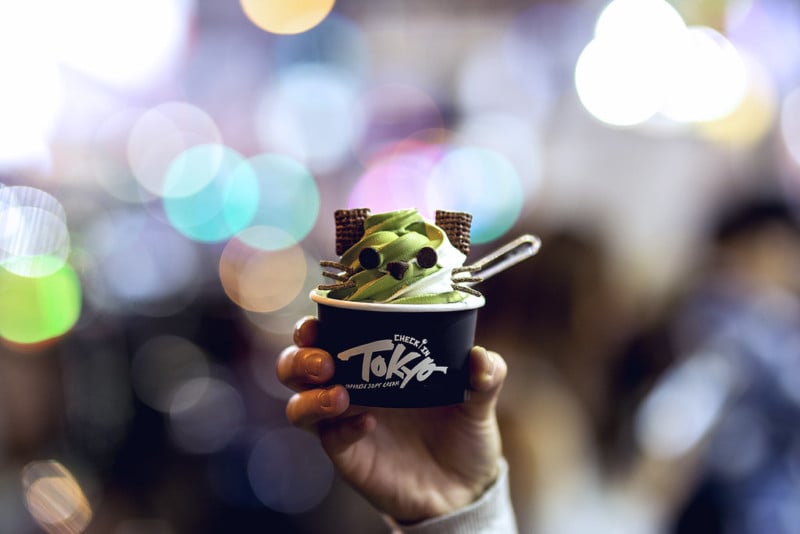 I try to limit my use of each lens to specific genres, that way I ensure that each lens is actually used and doesn’t just sit there collecting dust all day. As I mentioned before, anything product related is usually reserved for the 90mm Macro.

There’s an exception to every rule though, and below is an example of how an 85mm lens can do well for product shots too. 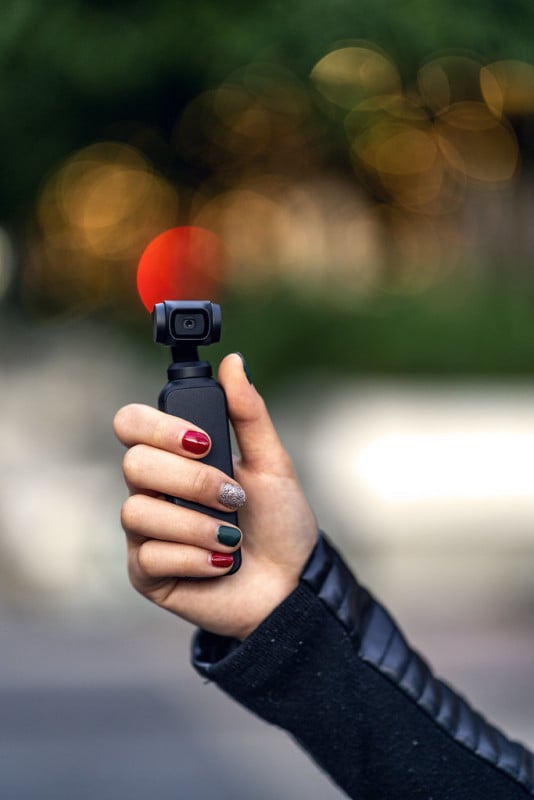 Most 85mm lenses have a minimum focusing distance of around 80cm, give or take. Because of this, you will need to be more creative with how you fill the negative space within the image. Cropping is also an option but I’m a big believer of getting it right in camera if you can. People say that primes push you to be more creative and this would be an excellent situation in which this applies.

Now comes my favorite subject: 85mm lenses for street photography. As previously mentioned, there’s a beautiful 3D look to the way they render images. And since the majority of 85mm lenses are fast to focus, tracking your subject across the frame is no issue, like in the image below. 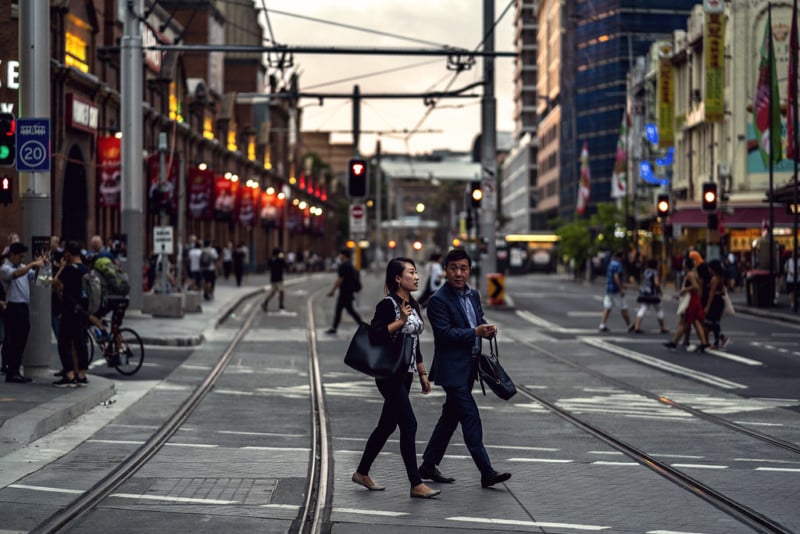 I won’t lie, if I owned a lens like the Sony or Sigma 135mm f/1.8 then I may have a new favorite for street photography. But with its versatility and the general size and weight, an 85mm is much easier to carry around with you than a 135mm alternative.

The last and probably most common use for an 85mm is portraits. I honestly don’t shoot a great deal of portraits, but when I do my 85mm is the first lens I reach for. Going back to my days of owning a Canon 6D with its one cross-type AF point right in the center, images like the one below were a bit of a challenge to take when shooting wide open at f/1.4. 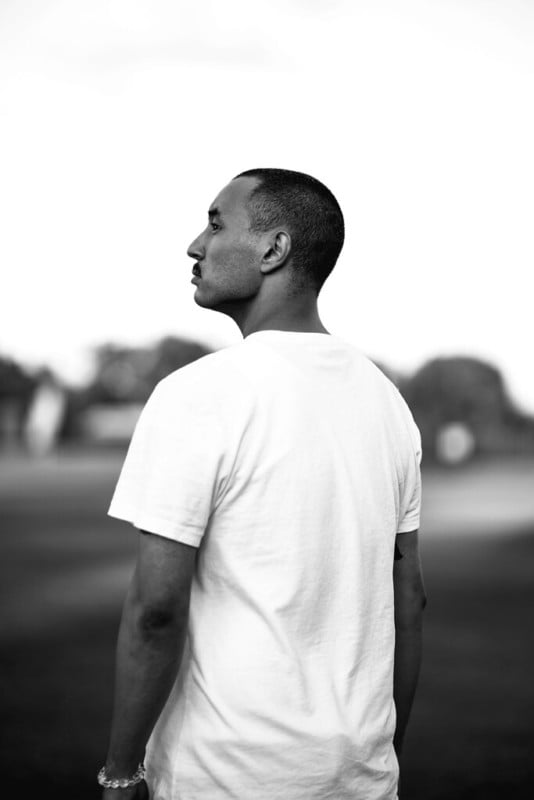 Fast forward to the modern day, we now have 4 manufactures making full-frame mirrorless bodies that utilize their own iteration of Eye AF. Some are a bit more effective than others, but this functionality can only improve over time.

Thanks to this technology, you don’t have to worry about missing focus when shooting wide open on your 85mm lens. Instead, you can focus on other areas like your composition and exposure. 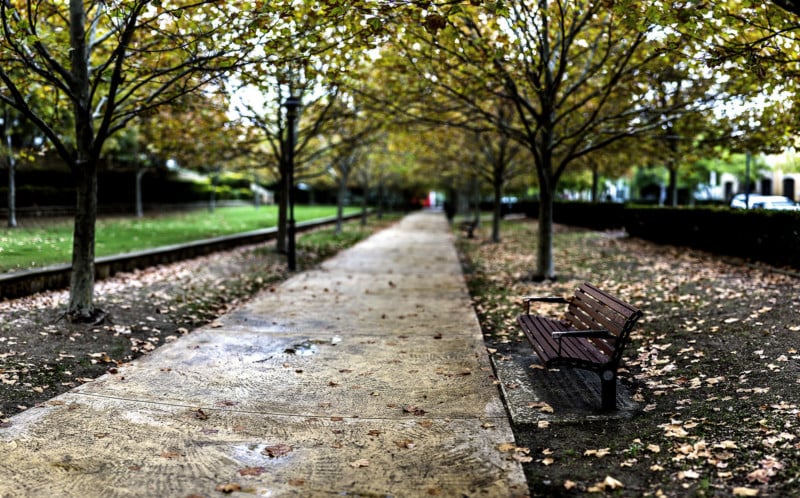 When it comes to my personal use, I have to fight myself to not use my 35mm prime for everything I do. If I could only own one lens, this would be it. At the end of the day, you should shoot with whatever you enjoy. If another focal length brings out your creativity more, embrace it. It’s beneficial to try new things and if you haven’t used one of these focal lengths before, I highly recommend you give it a try.

About the author: Daniel Lee is a photography enthusiast based in Sydney, Australia. He enjoys many different genres but generally focuses on street, urban and still life photography. You can find more of his work and writing on his website, Instagram, 500px, and Flickr. This article was also published here.