These are my thoughts on the Nikon D780 after shooting a 9-hour wedding with one in London in February of 2020. I had it for 3 days, so this isn’t an exhaustive technical review; I’m not going to dissect it or pixel peep, just report on my impressions as a full-time wedding photographer who normally uses a couple of D750s.

As a long time user of two D750s, both of which are on their last legs, I’m eager to upgrade them and, as a Nikon user, face a tricky decision. I was excited when Nikon announced that they were entering the mirrorless market and have waited patiently to see how the Z series evolved. The Z6 and Z7 are both great cameras, and I’m still tempted to add a Z6 to my arsenal.

But when I heard about the Nikon D780 I thought I’d give it a spin at a wedding to see whether it might offer the best of both worlds—a DSLR with an OVF that also includes all the mirrorless features of a Z6 in live view. 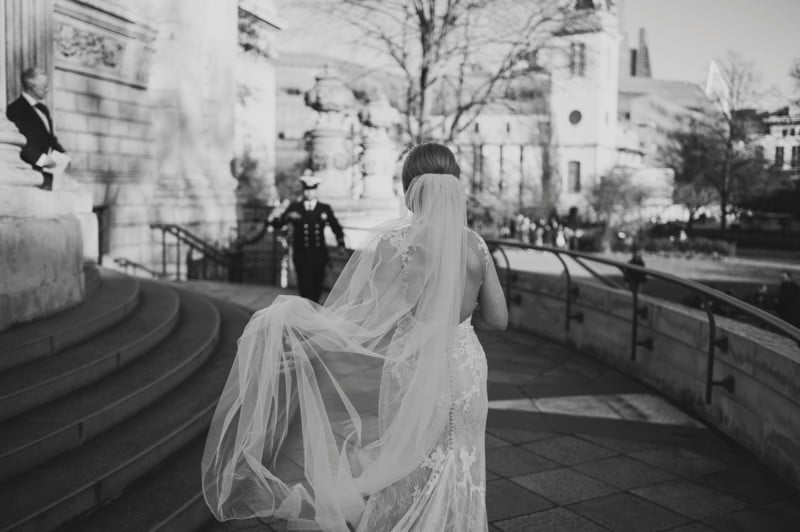 As a DSLR, I can’t think of a single thing to criticize about the D780 (well, one tiny niggle, which I’ll go into further down). From a user experience point of view, it’s superb. The shutter is much quieter and more responsive than the hammer blow of the D750, and pressing the shutter button is a very satisfying experience. I believe it’s similar to the D850 and now the Z6.

It’s easy to shoot and feels good. This might sound like a small point, but when you’re clicking away all day, it makes a big difference, and I found the whole experience much more enjoyable than the D750.

When using the OVF, there’s no silent mode (and Nikon’s ‘quiet’ mode is pure comedy, as Nikon users will know) but the regular shutter sound is quiet enough for me to be completely happy, and I’m fussy in this department! I get that a silent shutter would be useful in some austere church services, but most of the time it’s a non-issue for me as long as I feel I’m being discreet. 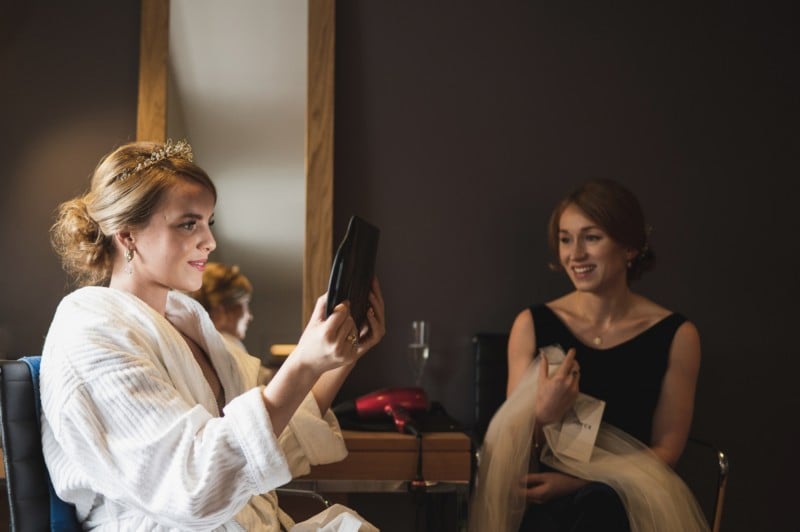 Ergonomics are also spot on. It’s a tiny bit bigger than the D750 and is comfortable to hold with all the buttons in the right places. The things of interest to D750 users is that there is now a dedicated AF-on button on the back and an ISO button on the top, next to the exposure compensation button. Having said that, you can customize the D750 to do much the same so I’m not that excited by the new buttons.

The only slight niggle I have is the lack of joystick like the Zs and D850. I find navigating focus points quicker with a joystick, but focussing is still quick and easy with the pad.

AF is fast and snappy. The D750 is no slouch, but the D780 felt more assured and super quick. It inherits the D5’s focussing algorithm and is a definite upgrade compared the D750. I wouldn’t say it’s night and day but the improvement is noticeable. As wedding photographers know, AF accuracy is one of the most important features of a camera and with the D780 I felt like I missed very little over 9 hours. However, I only shoot AF-C single point, so I can’t comment on tracking or any auto modes. 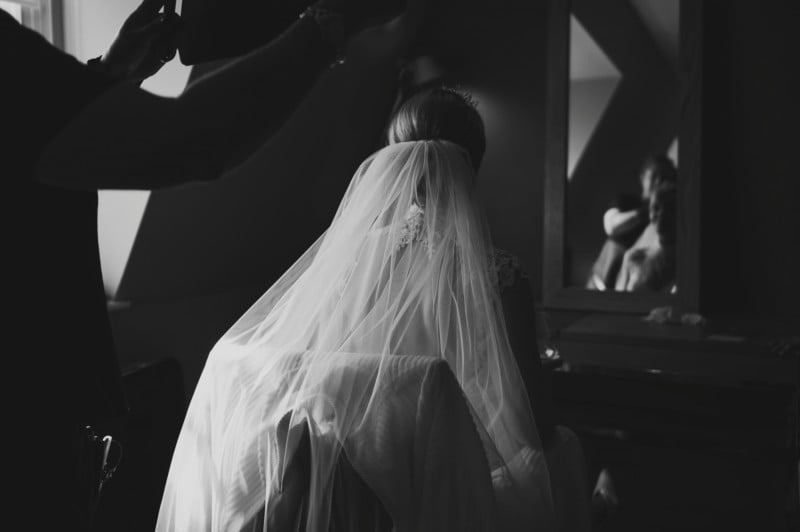 The D780 shares the Z6’s sensor, which is superb. High ISO is ridiculous, with files up to ISO 32000 being useable if you don’t mind a bit of noise. Details and colours hold up well. You could probably go even a little bit higher if you’re flying by the seat of your pants.

The files themselves are lovely and have all that good dynamic range that we’re used to from Nikon. There’s a quality to Nikon files that has made me stay with them all these years. I can’t tell you scientifically what it is, but there’s a tonal depth and richness that I love and I’ve adapted my style of editing to take advantage of the dynamic range.

Highlight and shadow recovery is excellent and there’s a latitude in the files that makes them very malleable for any editing style. Straight out of camera, colours are very pleasing and auto white balance seems more consistent than the D750. I tweak white balance in post, so this is isn’t a big deal for me, but consistency is a nice starting point.

As a DSLR it’s fantastic piece of kit that any event or wedding photographer would love. One might even be tempted to call it a beast. 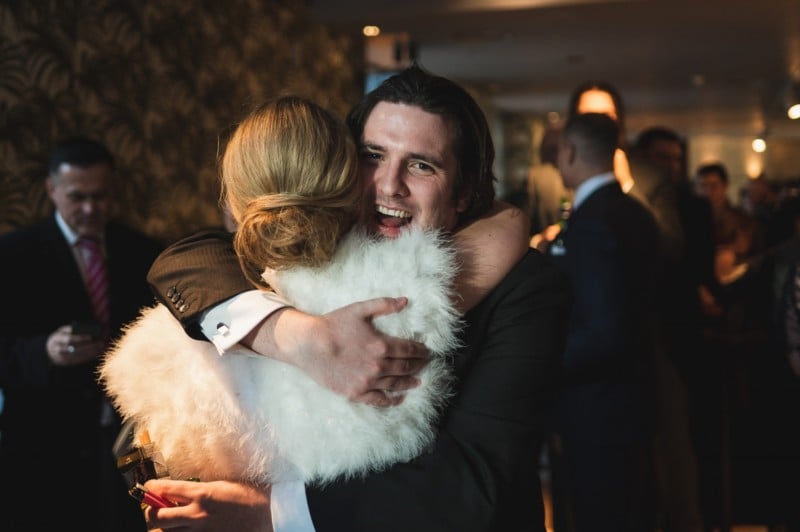 But it’s also a mirrorless camera, right? Kind of. Flick it into live view and it becomes a Z6, with the same focussing and touch screen capabilities. I didn’t use live view extensively as a wedding isn’t really the place to start experimenting, but in the time I had it, I used it enough to form an opinion.

After 3 days with the camera I’m still not a huge fan of shooting and composing in live view, but I’m sure that’s just a matter of practice and I can see that it has its place—for example, shooting from the hip or up high. I’m slightly wary of using live view to shoot at funky angles as my compositions might start to go a bit crazy, but that’s a different story.

The other big thing about shooting in live view is that you can shoot silently. I know wedding photographers who swear by silent mode all day long, but it’s really not that much of an issue for me, although I’d welcome it in quiet church ceremonies.

Apart from silent shooting, one of the main talking points of mirrorless cameras, especially the Sonys, is the ability to detect and track faces and eyes, so I was very excited to see how the D780 faired. Photographers who own the Sony A9 and the latest A7 series know how good and useful it can be when shooting fast paced events. Sadly, the same cannot be said for the D780. It often failed to pick up the eye and was a bit erratic and unpredictable.

I’m sure in a slow paced environment, like portraits or headshots, it’s fine, but in the fast paced environment of a wedding, it’s nowhere near good enough to rely on. Face detect seems to track quite well and might be more useable than eye tracking, but again, it seems to lose the subject too easily. It will depend on your shooting style whether it’s good enough, but for me and the way I shoot at weddings, I doubt I’d use it.

I’m sure Nikon will catch up at some point and since I shot the wedding Nikon has already released firmware 3.0 for the Zs which has improved tracking considerably, so I’m sure this will trickle down into the D780 if it hasn’t already. 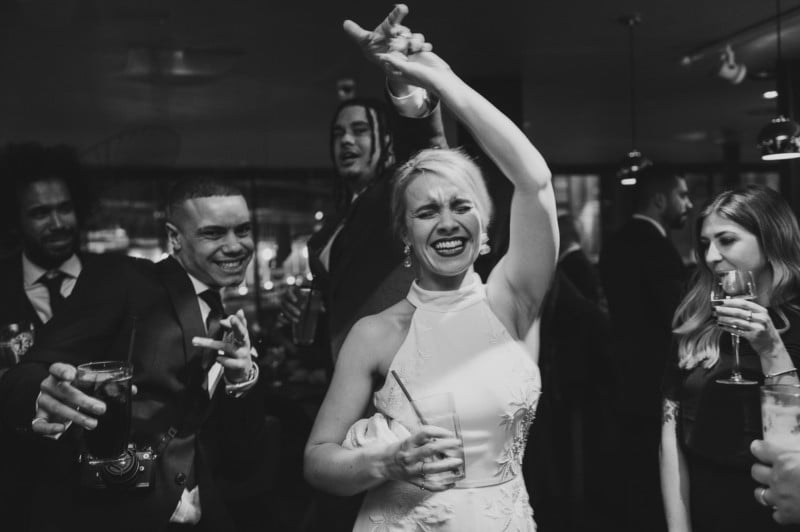 Compared to the live view on D750, which I might generously describe as utterly useless, I’m happy to report that the D780’s live view, when not attempting eye and face detect, is excellent. I believe it has one of the best screens on the market and looks great in use.

Exposure preview changes quickly when dialed in, and being able to click and shoot on the LCD is a nice touch (although you have to be careful not to rattle off loads of pictures by mistake). You can also use the touchscreen during face and eye detect mode to change subjects quickly without having to use the rather clunky method of pressing the OK button* to reset the focus point to the centre of the screen, and then navigate the focus point to the subjects. So if you’re a fan of shooting live view and aren’t bothered about Eye AF, it’s very responsive and works well.

*Again, this seems to have been sorted in the latest firmware update on the Zs so this may have changed already on the D780.

I should also mention the functionality of the LCD, which has all the same touch screen functions and features as the Z6. You can access key menu items such as WB, focus areas, image quality and many others through the LCD, which allows for quick selection on the fly. And I also really enjoyed the playback and image review features, which allow you to swipe through images or quickly zoom in to check focus.

It’s a quick and responsive way to navigate lots of menu items and review images.

My favourite live view feature was focus peaking, and in particular using it in conjunction with the focus ring on the lens. For my method of focusing (back button in AF-C) I could keep my thumb on the AF-On button and twist the focus ring at the same time to engage focus peaking. It works really well and is excellent in low-light if you’re struggling to achieve focus, or just want confirmation that it’s hit the spot. 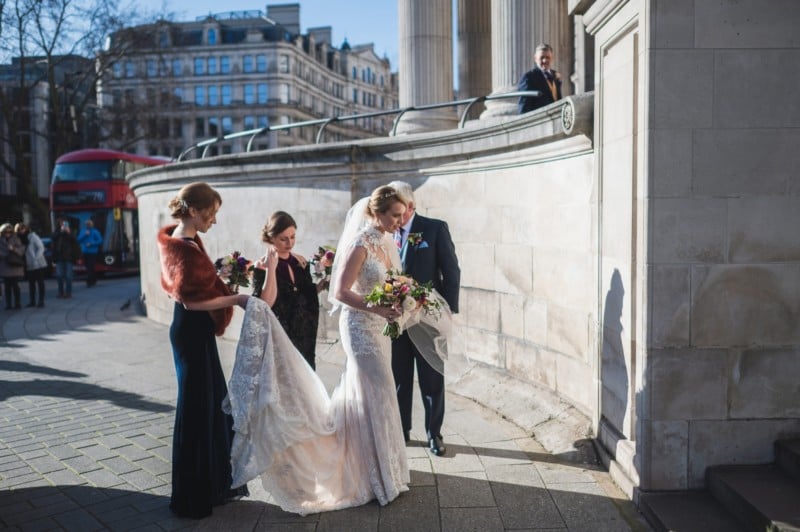 So, am I going to buy two of these to replace my aging D750s?

As a DSLR, it’s faultless and gets the job done expertly. There’s nothing not to like about it. Live view is night-and-day better compared to the D750 and is very useable with some great features. But I have to ask myself what the D780 would do for me that the D750 doesn’t.

In the context of my wedding photography and what’s important to me, I’d say that it would mostly be the quieter and more responsive shutter mechanism and also the improved sensor, especially at high ISOs. Live view and the functionality of the LCD are nice but aren’t clinchers for me. If this camera had come out a couple of years ago, everyone would be raving about it, but it just doesn’t feel as exciting compared to what’s happening in the world of mirrorless cameras.

If you prefer shooting with an OVF, then the Nikon D780 will serve you very well for several years. But 2020 looks likely to be a big year for mirrorless with Canon, and hopefully also Nikon, as they finally start to give Sony a run for their money. For me, the greater innovation and excitement is happening in the mirrorless world, and that’s the direction I’m headed in. 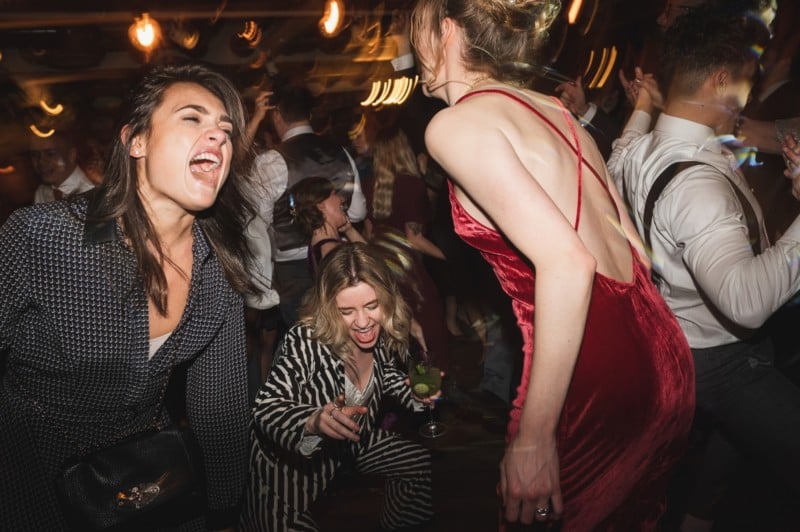 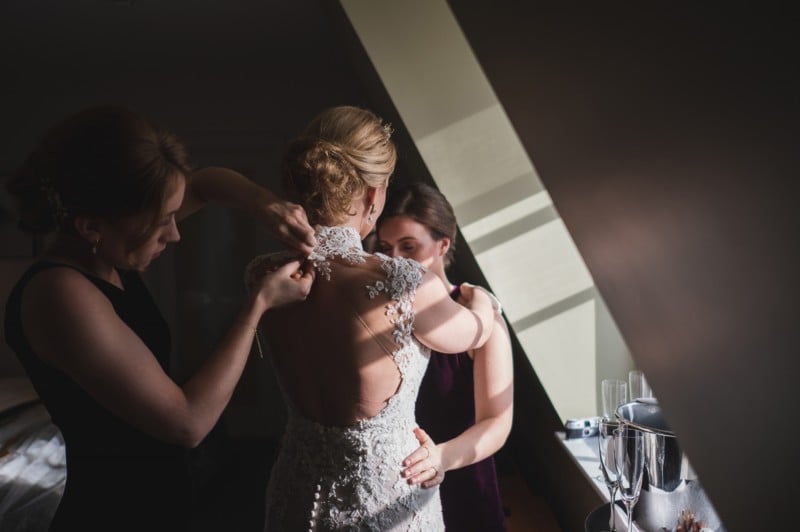 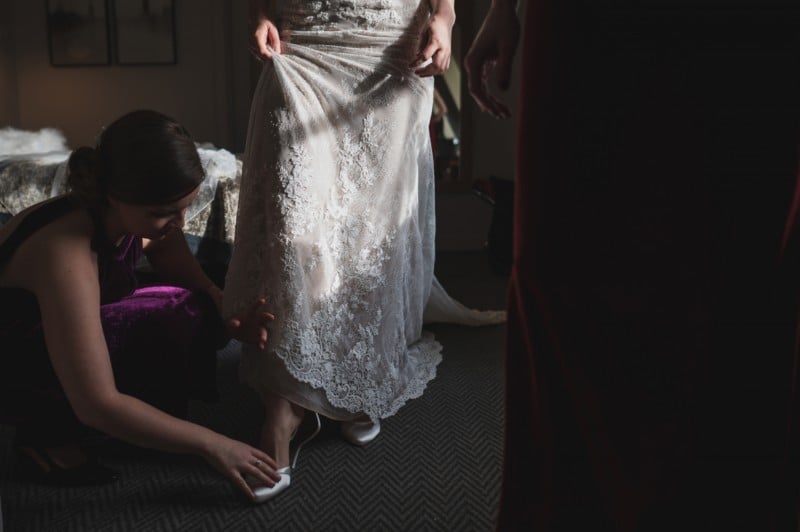 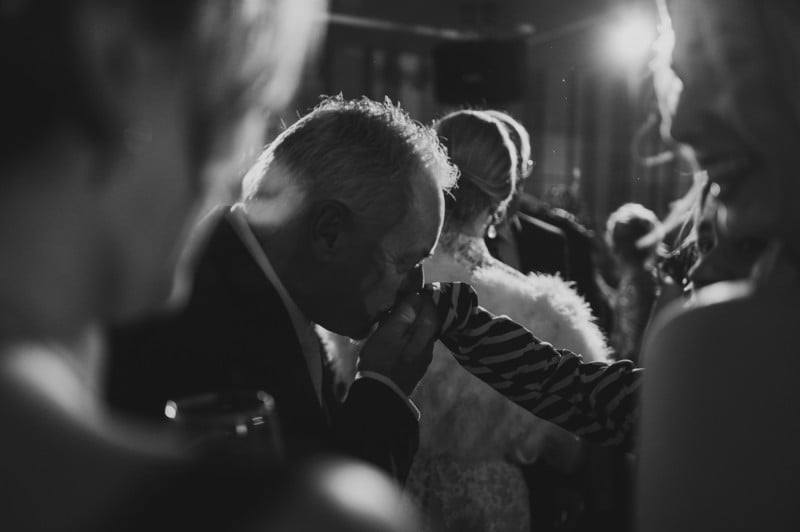 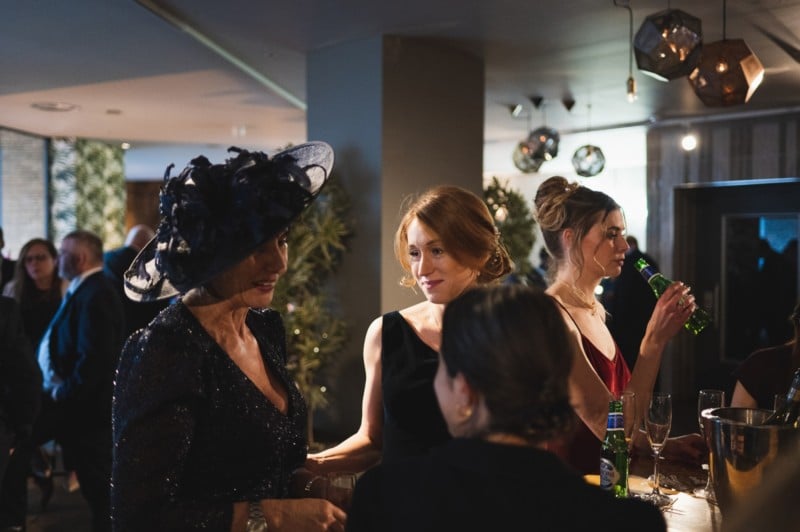 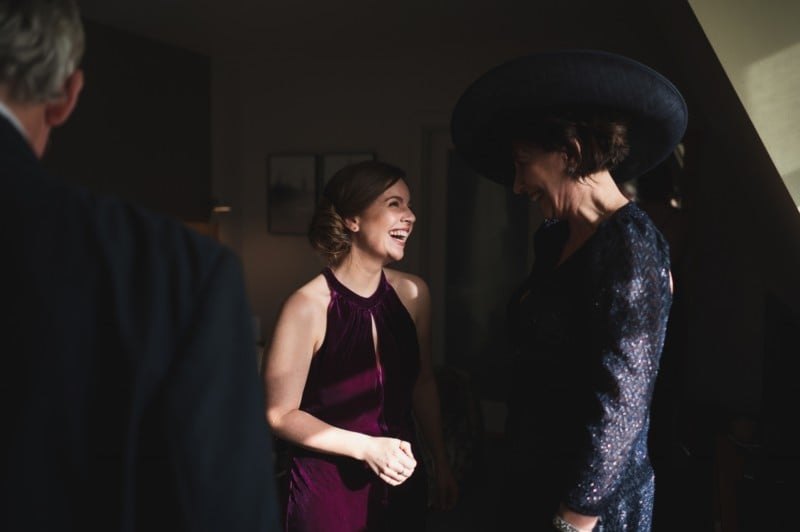 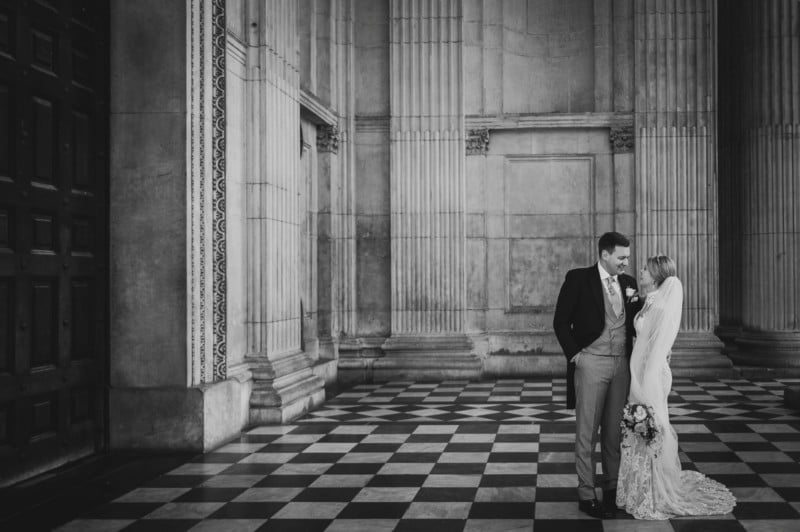 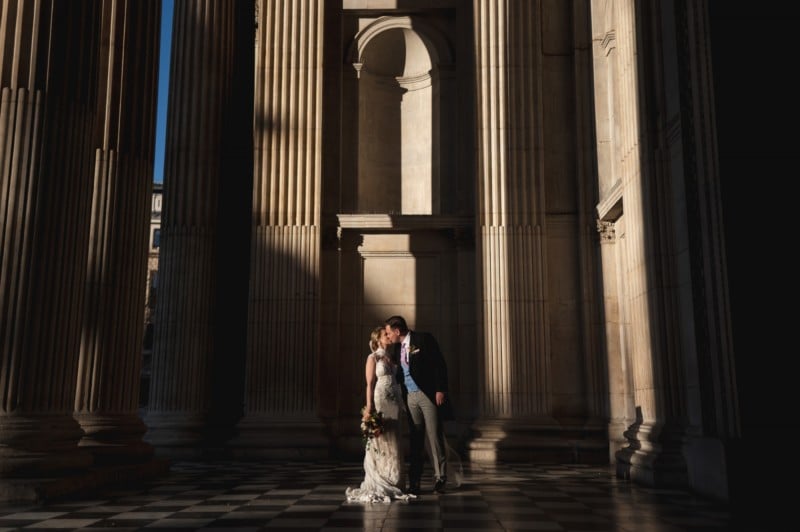 About the author: Rik Pennington is a documentary wedding photographer, father, and wannabe rock star who regularly shoots weddings across the UK, France and Italy (among others). You can find more of his work on his website or by giving him a follow on Instagram and Facebook. This post was also published here.