Wide Angle Lens Fundamentals: The Good and The Bad

Wide angle lenses aren’t as easy to use as a lot of photographers think. They shrink the background and give the foreground strange proportions. They include all sorts of distractions from the scene in front of you, plus a lot of negative space. And yet… used right, wide angle lenses are incredible tools. This 7.5-minute video and article explain the ins and outs of using your wide angle for maximum effect.

One of the most important things about wide angle lenses is their potential for extreme negative space in your photo.

The sky, fields, oceans, and so on – wide angle lenses cover such a huge area that they fill the frame with emptiness in a lot of scenes. That’s not necessarily a bad thing, but it isn’t always your goal, either.

Negative space, of course, conveys its own emotions: isolation, loneliness, the smallness of your subject in the world. If those emotions are part of your goal, by all means, embrace the negative space inherent in wide angle lenses. 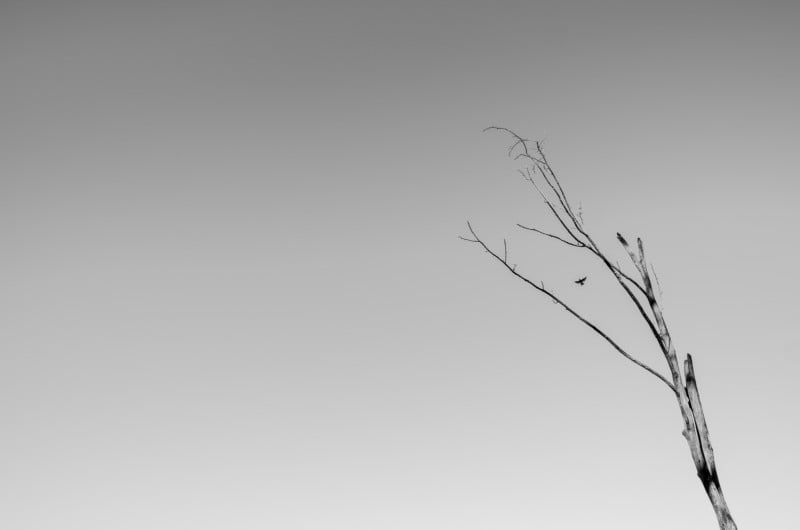 On the other hand, a lot of photographers want to fill the frame with their subject most of the time (or at least not surround it in a field of nothing). Wide angle lenses can do that, but it’s only easy to do so in certain scenes. To avoid large regions of emptiness, you may need to get close to your subject or even just zoom in.

For example, the following scene (shot at 20mm) has way too much empty space in it, which is why it doesn’t work: 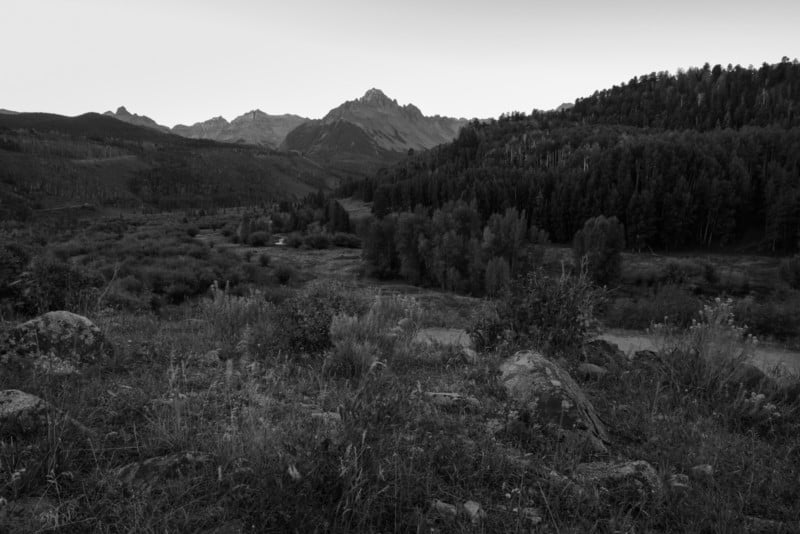 The only way around it here was to zoom in to 70mm, where the photo is a lot better: 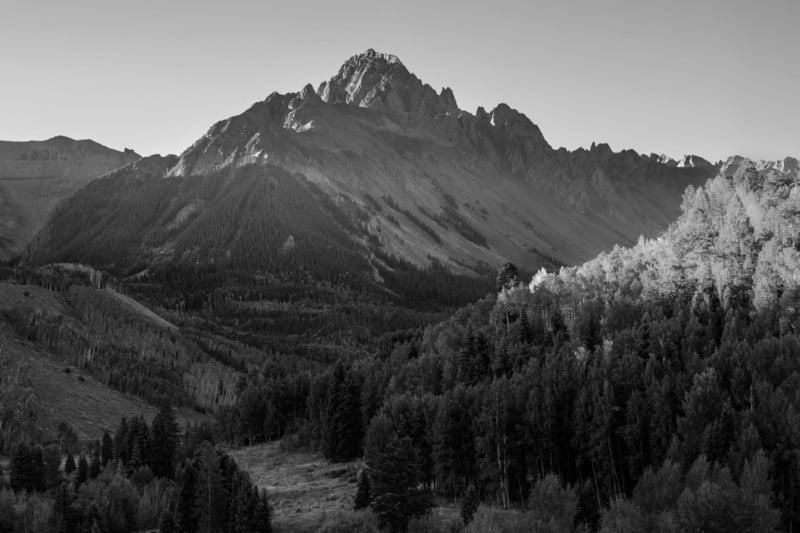 This one is a bit more controversial, but it’s extremely relevant to the topic of wide angle lenses: they let you “fit everything in” – capture the entire scene in front of you at once.

It’s controversial because it can lead to thoughtless compositions. Some first-time wide angle users will set 14mm, stand at a beautiful landscape, and fire off photo after photo. The logic? Beautiful place → capture the whole thing → guaranteed success.

And, truthfully, that is a valid method for capturing good photos in certain cases. If there’s a rainbow in front of you, and you want the whole thing in your photo, a wide angle is precisely the tool for the job. The same is true for subjects like the Milky Way, awesome clouds overhead, and – like in the video – slot canyons. 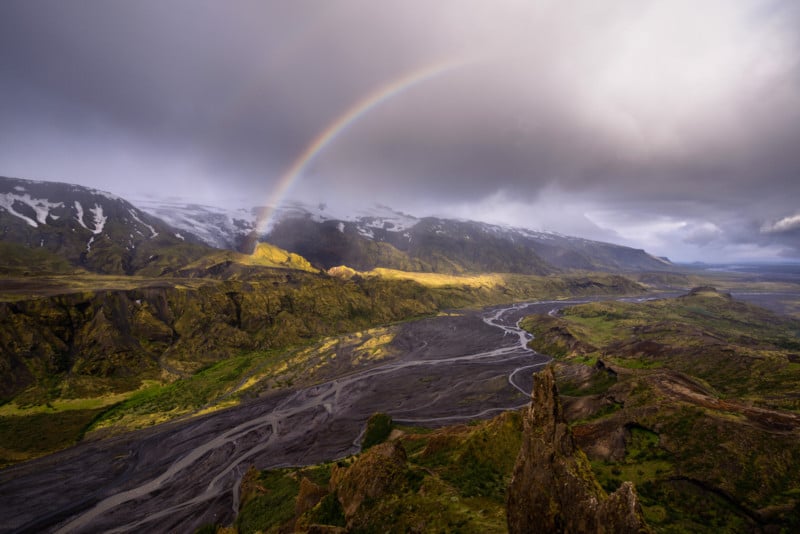 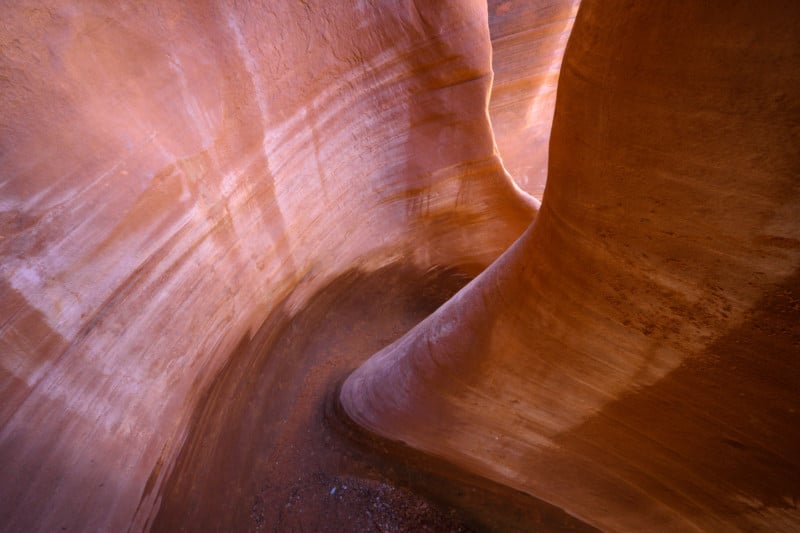 Of course, if your default reason for using a wide angle lens is to capture the whole scene, it’s probably a bad idea. The “whole scene” often contains distractions that take away from the photo, not add to it.

In other words, unlike medium or telephoto lenses, wide angles have a hard time isolating the meat of the scene in front of you. That’s fine if there’s nothing annoying to be captured (your shadow, telephone poles, etc.), but it’s often just not the case. Wide angle lenses will add plenty of distractions if you’re not careful, just because they add a lot of everything.

The closer you get to your subject, the more exaggerated its proportions will appear.

This is actually true regardless of the lens you use. Perspective distortion is caused by your position, not your lens. But the problem with wide angles is that you need to get extremely close to your subject in order for it to fill the frame. Hence, you’ll have an easy path to stretched-out corners and strange proportions. 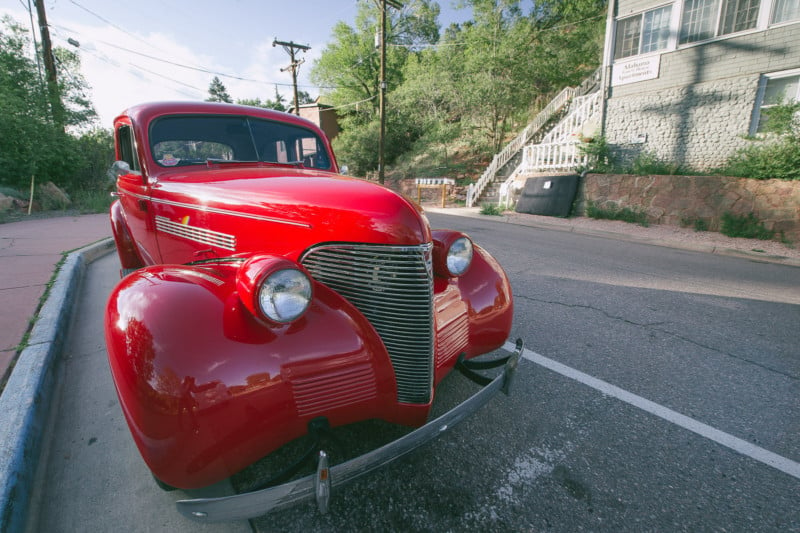 You might like this distortion effect, but for a lot of photographers, it’s a novelty rather than a goal for most photos. This means you need to choose your subjects wisely with a wide angle or stand farther back when you photograph them (making for more negative space)!

If you photograph something like sand dunes or slot canyons, this perspective distortion probably won’t look unnatural, just because your subject is already somewhat abstract. It will often be a very good thing, even, since it emphasizes an interesting foreground. But for people’s faces, manmade structures, and certain natural elements like trees, it can be a big concern. Strange proportions will stand out to a viewer and potentially overwhelm the rest of your photo’s message.

And it works both ways. When you exaggerate the foreground, you also shrink the background by comparison. Even a major subject on the horizon can start to look smaller than normal unless you’re essentially at the base of a mountain. That’s fine sometimes, like when your foreground is your subject, and the background doesn’t matter as much. However, if the background is the most important part of your photo, a wide angle may not work as well as you’d like.

A final point I’d like to note: Wide angle lenses generally work better handheld than longer lenses do, especially if they have image stabilization or are used on a camera with IBIS.

Because wide angle lenses don’t magnify blur from camera shake as much as telephotos, you can use a longer shutter speed handheld and still capture sharp photos. That’s a big deal in a landscape like the slot canyons, where it can be tricky to bring along a tripod just because it’s already such a tight squeeze. (Though I’ll still argue that the benefits of a tripod outweigh the issues!)

On top of that, assuming you stand in place, wide angle lenses have more depth of field than telephotos. So, you can use a wider aperture like f/5.6 or f/8 rather than f/11 or f/16, while still capturing enough depth of field in your shot.

A lot of landscape photographers use a tripod for almost everything, so these benefits aren’t as important. But if you’re more of a lightweight traveler, or you’re taking pictures somewhere that doesn’t allow tripods, wide angles can make your life a lot easier. 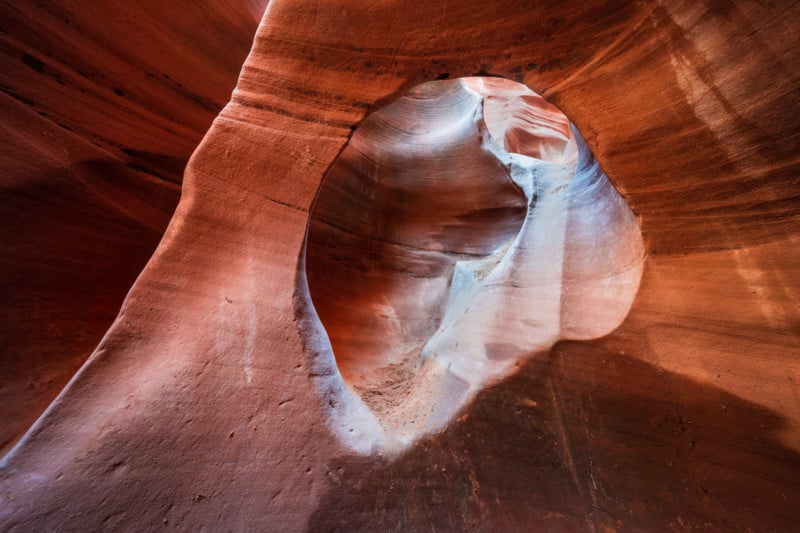 I hope you found these tips to be useful and found some inspiration in the video’s scenery. Wide angle lenses don’t always work well, but when they do, they can give your photos a sense of three-dimensionally and depth that can be hard to capture any other way.

P.S. If you enjoyed this video and article, you can find more by subscribing to the Photography Life YouTube channel.

About the author: Spencer Cox is a nature photographer and writer for Photography Life. The opinions expressed in this article are solely those of the author. Cox’s photos have been exhibited worldwide, including at the Smithsonian Museum of Natural History from 2015-2016 and galleries in London, Siena, and Beijing.