Yongnuo YN200 Pocket Flash Will Be a Godox Clone

Yongnuo is teasing that it has a new pocket flash on the way. Called the YN200, the product will look strikingly similar to the popular Godox AD200 (AKA the Flashpoint eVOLV 200).

Flash Havoc reports that Yongnuo has been showing off a prototype of the YN200 at tradeshows. While the Godox AD200 comes with both a standard speedlight head and a bare bulb head, the Yongnuo YN200 appears to only offer a fixed bare bulb head baked into its design (though it’s possible additional heads could be plugged into the bulb socket).

While the features and specs of the YN200 have yet to be revealed, the flash will presumably offer around 200Ws of power, a removable lithium-ion battery (as seen in the product photo below), and TTL/HHS/Manual/Auto-Sensing radio receiver modes for Canon/Nikon/Sony cameras.

Flash Havoc reports that Yongnuo is also getting ready to launch the new YN560-TX PRO radio system, which “should hopefully finally integrate the YN560-TX and YN-622 radio systems into one cohesive system.”

The first product in the new system, the flagship YN560-TX PRO transmitter, has a new “coming soon” teaser page. It’ll initially be launched for Canon, but Nikon and Sony versions will be subsequently released. 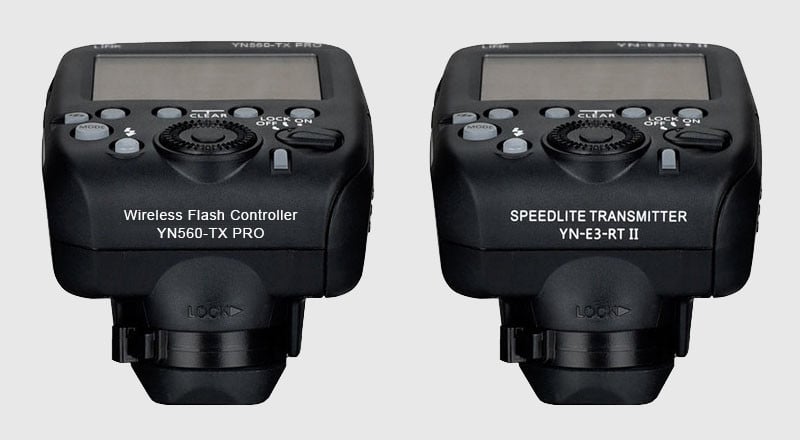 While Yongnuo was a leader in off-brand radio triggers just a few years ago, Godox has exploded onto the scene and has largely left Yongnuo in the dust.

This was “mainly due to the lack of an overall cohesive system, and no larger flash options available,” Flash Havoc writes. But with the upcoming Godox-esque YN200 and a new radio system, Yongnuo is trying to claw its way back to relevance.

Pricing and availability of the new YN200 and YN560-TX PRO have yet to be announced.